This article was written by Rivkah Lamber Adler and originally published in the Jerusalem Post on March 25, 2022

A group of young Christians wants to give people from the nations a chance to personally participate in the restoration of the Land of Israel, according to biblical prophecy.

The Greening Israel Project, scheduled to launch on April 10, is a new forestry initiative of HaYovel, the Christian volunteer organization that has brought 3,000 Christians to work in the vineyards of Israel over the last 18 years.

The Greening Israel Project has an ambitious goal: To plant 5,000 trees in Judea and Samaria between the end of Israel’s sabbatical year (shemittah) in late September and December 31, 2022. In future years, they aim to plant 20,000 trees a year.

According to Luke Hilton, HaYovel’s director of marketing, the planting will take place with the cooperation of Jewish communities and individual farmers.

“The goal is to be close to communities, not to plant in the middle of nowhere,” Hilton explained. “We want to plant close to every community in Judea and Samaria, to establish a forest, to create parks with trees,” for the benefit of local residents.

Joshua Waller, director of operations for HaYovel, told The Jerusalem Post about his passion for this project.

“Literally, who destroyed the Land of Israel?” he asked. “It was the nations; it wasn’t the Jewish people. Nations are the ones that are responsible for destroying, completely annihilating greenery off the mountains of Israel. The Romans come in and they literally obliterate anything green around the cities; they destroy the forest.

Planting trees in Israel is not a new concept, but three things make this project unique.

First, Greening Israel is concentrating on planting all the trees in Judea and Samaria, areas that existing tree-planting projects tend to neglect or ignore because of the controversy around planting and building on land over the Green Line.

Second, they will be planting 20 types of trees that are indigenous to the area, including fig, almond, carob, pomegranate, acacia and Terebinth trees.

Third, Hilton explained that many tree-planting endeavors in Israel have historically had a relatively low survival rate, due to wind, rain, fire and arson/terror attacks. The Greening Israel project has adopted a water system that, according to Waller, sustains [and protects] each tree, without the need to connect it to irrigation, thus preserving more of Israel’s limited water supply.

The team has already planted 10,000 trees in the last few years in different climates throughout Israel in order to test what works best.

“We learned through losing a lot of trees,” Hilton said.

They are predicting an 80% survival rate for the new trees they will plant.

All the pieces started coming together

The Greening Israel Project was Nate Waller’s idea. Waller said that he and Nate Waller have been dreaming about it and doing research on it for more than 10 years. But, according to Hilton, “it was never the right time. When we finally felt like it was the right time, all the pieces started coming together, including the arborist and international tree expert Roger Ditmer from Georgia, who just showed up on our doorstep.”

In order to raise awareness of, and funding for, the project, the team put together a documentary about the challenges and successes of their reforestation efforts. A trailer is already available on the GreeningIsrael.com website. Individuals can sign up to be notified when the full documentary gets released on April 10.

“The documentary shows the whole story of how we came to the idea, how God put all the pieces in place at the right time – Roger from Georgia showing up the first time we planted trees, the massive arson that destroyed everything, the research and replanting we did on the same site and our vision to take this all across the biblical heartland of Israel,” Hilton explained.

Be a part of the now

Once the project is live, supporters will be able to donate $25 to plant a tree. But Hilton and Waller also want to attract people willing to come and plant trees in Judea and Samaria with their own hands, either as part of a HaYovel volunteer group or as a half-day activity with their Christian tour group.

“It’s my heart to see every international [visitor] that comes to Israel have an opportunity to do something positive, to have an action point,” Waller explained – “not just tour the Land of Israel and see the old sights, but to actually be a part of the now, not the ancient history of Israel.”

Previous PostIsrael’s Trees Were Destroyed by the Nations. Now, They Are Replanting Them.Next PostChristians in Israel Fighting the Prophetic War for Trees 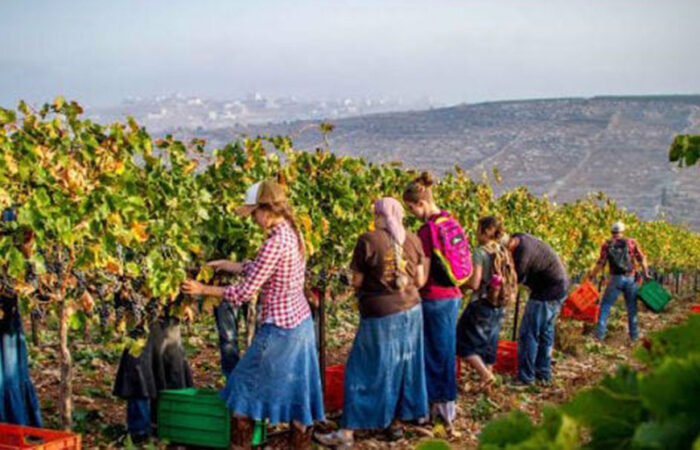 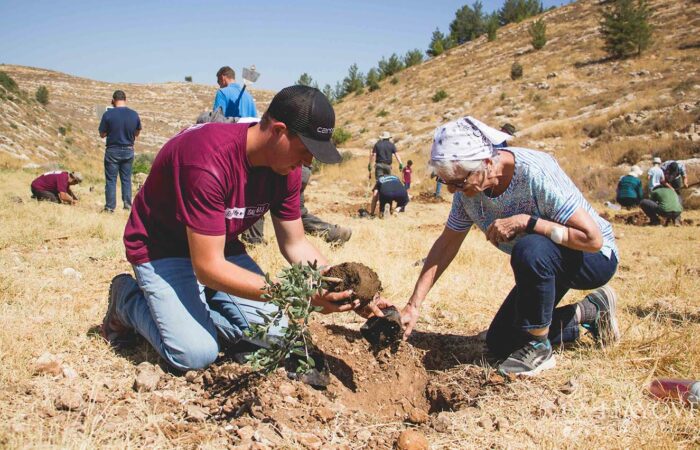 Israel’s Trees Were Destroyed by the Nations. Now, They Are Replanting Them.